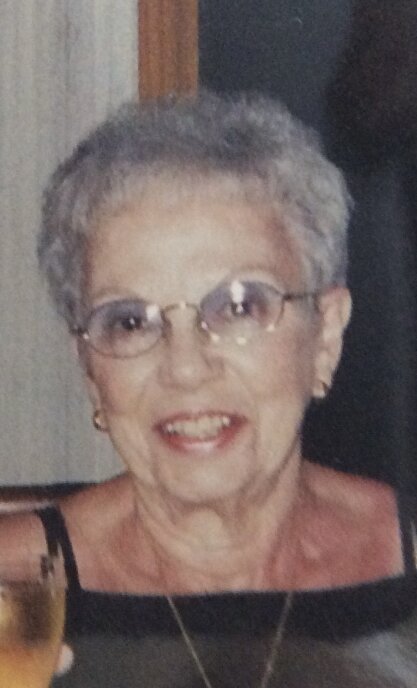 Edna grew up in Danielson, attended St. James School and then Killingly High School, graduating in 1947.  Edna met the love of her life, Norman Granger, while waitressing at Zips Diner.  They married on February 18, 1950 and spent 52 happy years together while raising three children.  Shortly after the birth of their last child, Norm built them a beautiful little home on a hill in Danielson where they lived for over 40 years.  Edna worked for several local companies and retired from LydallManufacturing in 1988, where her last position was personnel manager.  Upon her retirement, she and Norm enjoyed travelling, especially to Florida, and when back in Danielsonloved spending time with their children and grandchildren.  After Norm passed away, she and her best friend, the late Louise Gingras, enjoyed many trips with the Plainfield Senior Citizens.  Edna loved to dance and when she could no longer enjoy it in her later years, enjoyed reading, playing bingo and scratching endless numbers of lottery tickets.  She was also an avid UCONN Women’s basketball fan.  Edna has now rejoined her beloved Norman and is most likely enjoying a glass of wine as they dance together to the sounds of Tony Bennett.

***FUNERAL SERVICES HAVE BEEN POSTPONE TILL A LATER DATE***.  In Lieu of flowers, donations can be made to a charity of the donor’s choice.

Share Your Memory of
Edna
Upload Your Memory View All Memories
Be the first to upload a memory!
Share A Memory