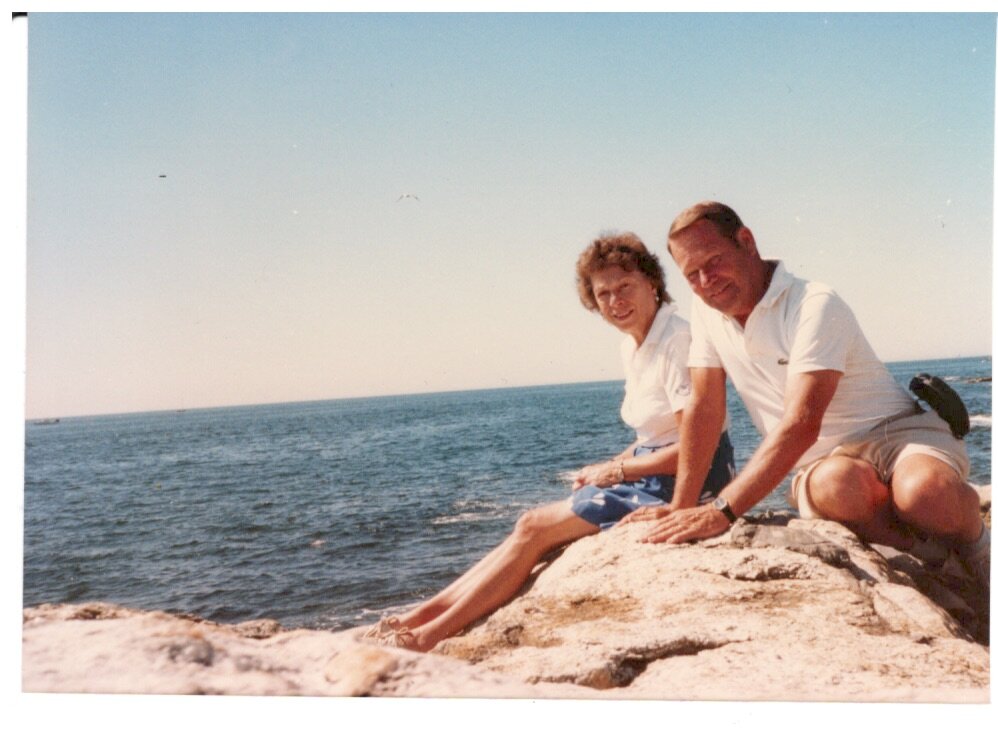 Theodore John Natorski was born in Danielson, CT on January 2, 1924 and died peacefully at Creamery Brook Village on Monday, December 13, 2021.

Ted enlisted in the Air Force in the fall of his senior year at Killingly High School.  He became a Technical Sargent and served as flight engineer on the B-24s based in the Aleutian Islands.  He was then transferred to Laredo, TX to set up Gunnery schools for the anticipated B-29s.  He was discharged after the war having served for three years and three months.

Ted made use of the GI bill to obtain a degree in Education from Alliance and Gettysburg College in PA.  He taught math and mechanical drawing at Killingly High School from 1950 to 1955 while earning his Master's Degree at Rhode Island College.  In 1955 he went to work for Danco full time where he had worked during his summers as a teacher.  When Danco was bought by Nicholson File, Ted became a successful manufacturer’s rep for all of New England.  In 1969 Ted returned to teaching at Brooklyn School and served as Assistant Principal until his retirement in 1978 at the age of 54.

Ted married his wife Jacqueline in 1951.  They spent most of their life in Brooklyn where they raised their three children.  They travelled all over the US, Canada and Mexico in an Airstream trailer.  Ted and Jackie spent their winters in Lake Placid, FL where they played golf.  Ted was club champion both in Florida and in Connecticut and at one time had a handicap of 7.  Ted was an avid gardener and loved to spend time tinkering with machines.

Ted was predeceased by his daughter Susan, his four sisters and his wife Jackie.  He is survived by his son Theodore Jr. and his wife Lisa of Farmington Hills, MI and his son David and his wife Claudia of Hebron, CT.  His grandchildren include Nicole and husband Brian, Michael, Alexander, and Miles and wife Sarah.  Great grandchildren are Natalie and Emilia.

Funeral arrangements are private and the family asks that there be no flowers.  Contributions in Ted’s name can be made to either the National Federation of the Blind of Connecticut Manchester, CT or the Mortlake Fire Company of Brooklyn, CT.  The family would like to thank the staff at Creamery Brook for their excellent care of Ted during the last few months of his life.

Share Your Memory of
Theodore
Upload Your Memory View All Memories
Be the first to upload a memory!
Share A Memory